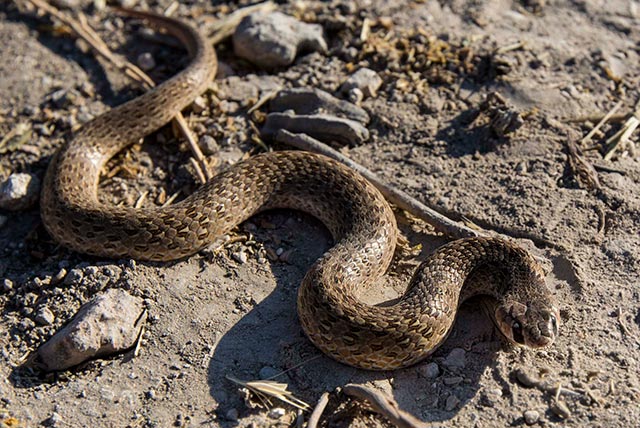 One archaeological site in Israel that has always intrigued me is the Canaanite high place at Tel Gezer.  When archaeologist Stewart Macalister excavated there in the early 1900’s, he found a line of standing stones that represented Canaanite gods and goddesses.  His interpretation of the site, based on discovering the standing stones, was that he had discovered a high place, a place of ancient, pagan worship. 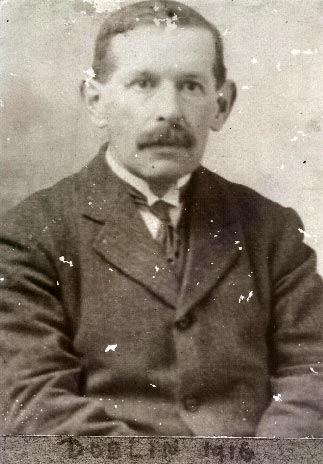 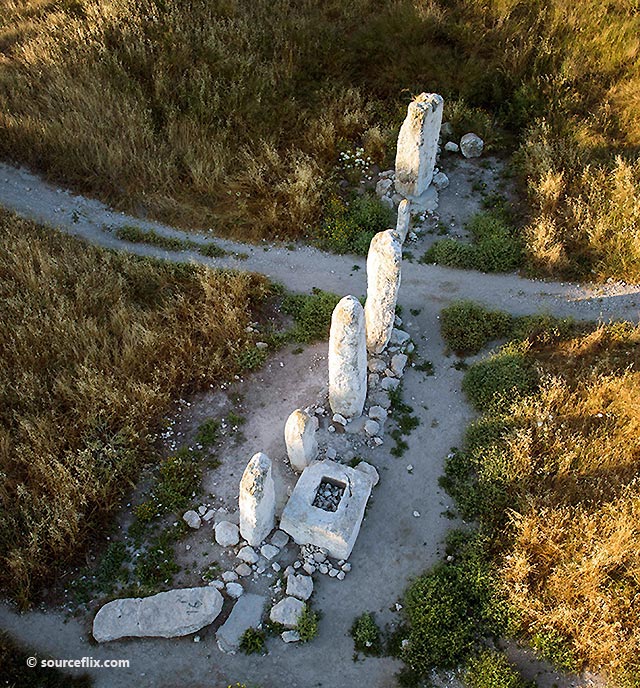 Macalister’s team also found many idols scattered across the area. One of them is of particular interest when considering the biblical story of the origin of sin in Genesis 3. In his excavation report Macalister wrote:

“In an enclosure close to the standing stones was found a bronze model of a cobra.”

Macalister’s drawing of the bronze cobra.

Macalister rightly interpreted the serpent he found as an object of worship. Serpents were one of the most common motifs used by the ancients in their worship, and it is no wonder, since the serpent represents the deceptive being that caused man’s fall into sin and death. 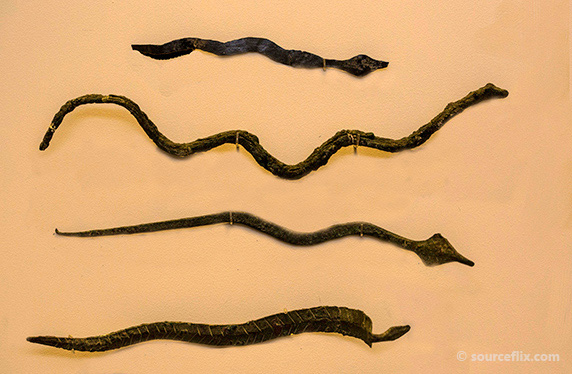 Examples of other bronze serpent idols on display at the Israel Museum.

While Genesis 3 informs us of the origin of the problem of sin and death, it also gives us the first prophecy of God’s solution.

“So the LORD God said to the serpent, ‘Because you have done this, Cursed are you above all livestock and all wild animals! You will crawl on your belly and you will eat dust all the days of your life. And I will put enmity between you and the woman, and between your offspring and hers; he will crush your head, and you will strike his heel.'” (Genesis 3:14-15).

This morning my son Barry and I went to Tel Gezer to shoot the high place specifically with Genesis 3 in mind. Ironically, we ended up tangling with a serpent, not bronze — but real! It was a viper. 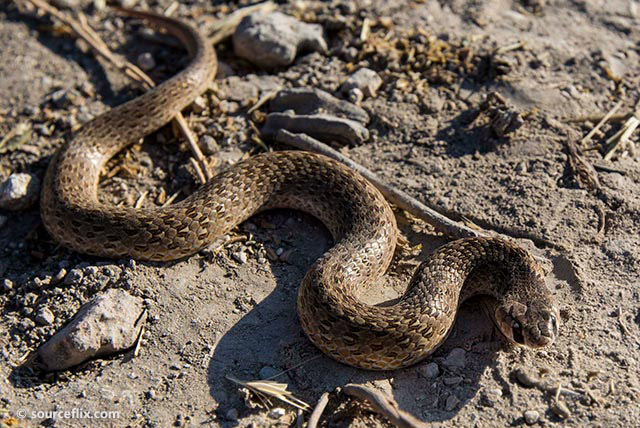 By the grace of God I saw it literally as I was about to step on it! Instead I took this picture of the viper…which then struck at me.   Had I not seen this snake, I probably would have stepped on it and it could have easily struck me in the heel, or worse yet, it could have struck my son. Such a strike could have been lethal! 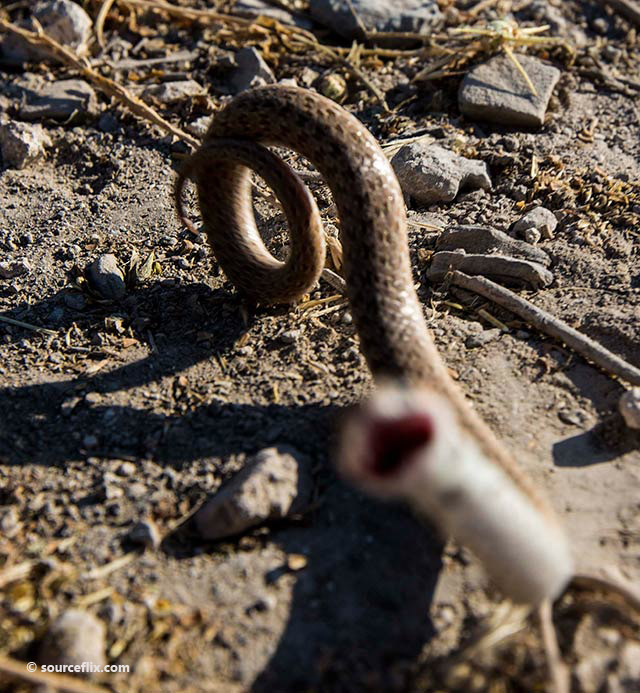 My point is that the ancients would have rightly considered the symbolism of a serpent striking a man’s heel as a death blow.  Now I have a real-life object lesson of Genesis 3:15 as it tells that an offspring of Eve (a man) would come in the future and crush the serpents head, but that beforehand the serpent would strike its own death blow upon the man by striking him in the heel.  What a perfect picture God paints for us. Through deception, the serpent poisoned the mind and heart of Eve to sin, and in this way, sin and death came to all men.  But, through the death blow that “the Serpent” delivered to Jesus on the cross came the “anti-venom”, the remedy of Christ’s blood giving life to the sinner.

Posted in Blog and tagged Bible Comes to Life, Genesis 3
← “Is My Soul Stupid?”The Topography of Jerusalem →